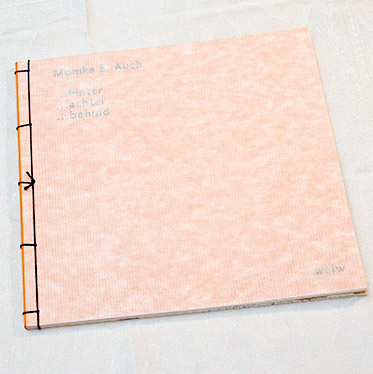 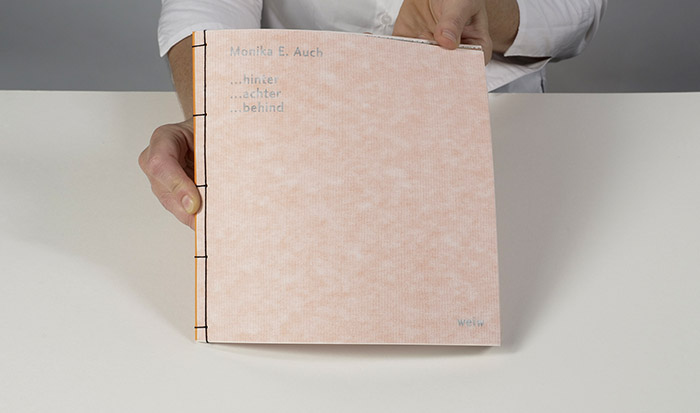 The work of Monika Auch (Rietveld Academy, textile design and autonomous screenprints on paper, diploma 2000) consists of constructing textiles like an architect by using materials, innovative techniques and haptic sensibility.
In the book ...hinter,...achter,...behind these tactile qualities have been translated into another discipline.
The Dutch idiom to paste somebody behind the wallpaper was the peg on which to hang an investigation into relations between language, image and tactility. The idiomatic saying literally means to put somebody out of sight temporarily. In the Dutch language it is only being used for people who are in close relationships with the person uttering the words, i.e. family. The saying conveys meanings like: sticky, unpleasant to the touch or being stuck. In a figurative sense it points to emotions like irritation and invasion of one's territory. While the emotions belonging to the words are universal, the saying only exists in the Dutch language.
The theme has been visualized by screenprinting collages of images and fragments of letters on sixties' wallpaper.
In collaboration with Svea Gustavs, graphic designer, the screenprints have been reproduced as a book. The offset reproductions on Chagall Insize paper with it's tactile qualities resemble the original screenprints in an optimal way.
The design of the book is a combination of high-tech and low-tech elements, i.e. the special paper, a flexible form and handbinding.

The edition is in German, Dutch and English. 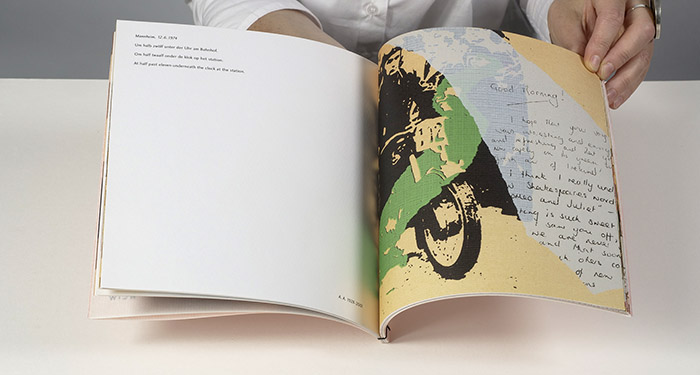