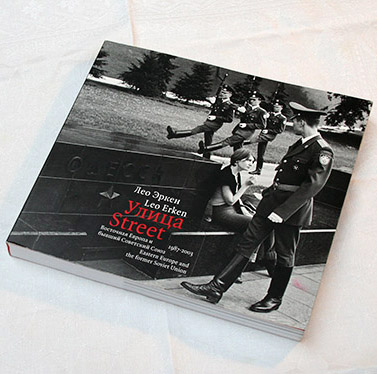 "For three years drafts of this book were shown at the Bookfair in Leipzig where we listened to visitors reactions. It was there that we found out who would be our audience. ‘This book is for the people it is about, for those who lived through it or whose parents or friends were involved. They represent the histories on which many divergent opinions are expressed. And myself? I was and will remain an outsider; I was there and looked around." Leo Erken